We do some awesome work with your data... 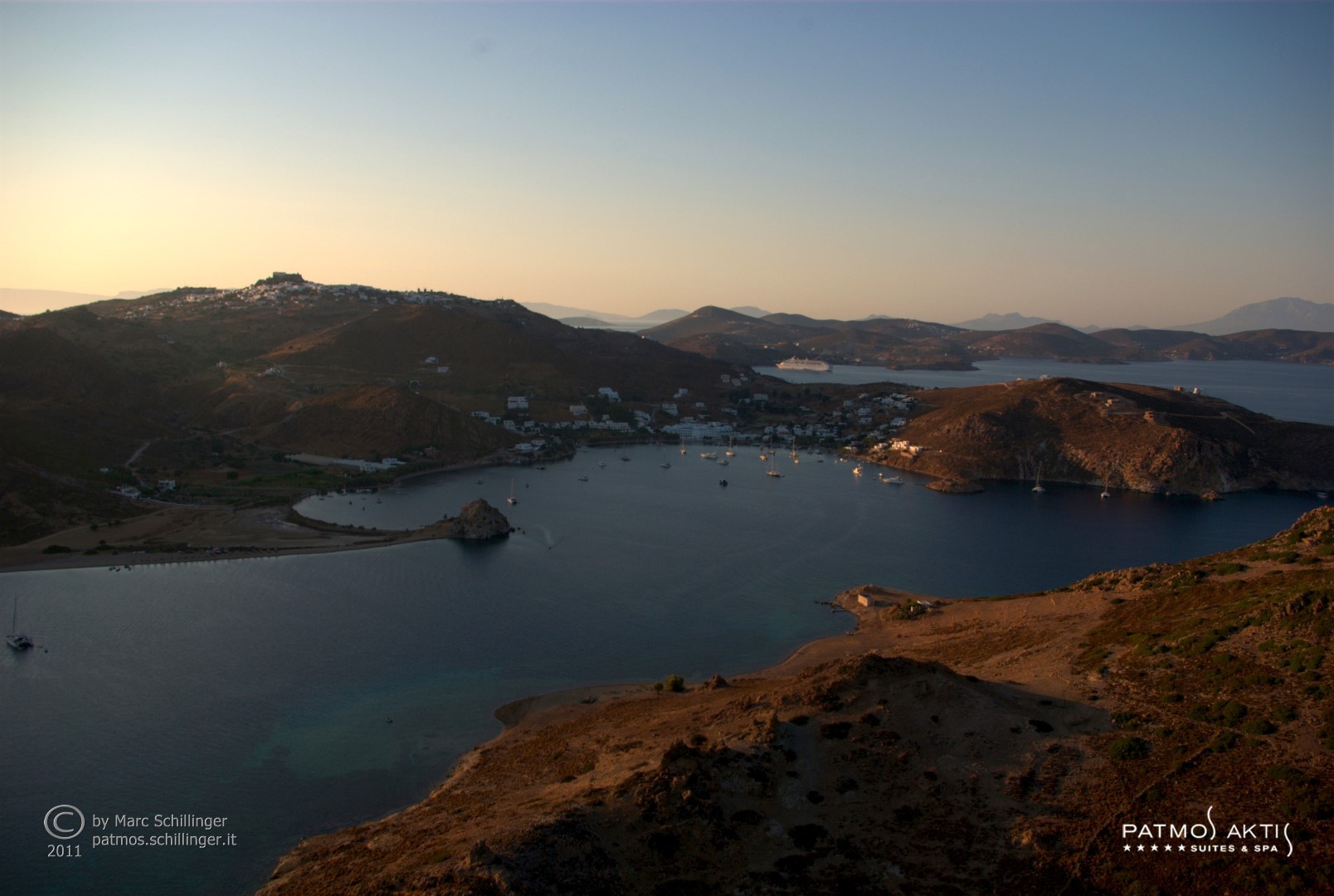 Patmos island!
Patmos, like a paradise on earth, awaits its guests to reveal them all of its beauty that derives not only by its nature, but also by one Supreme Power that may determine its fate and destination.

The Island of the Apocalypse and the Jerusalem of the Aegean – as Patmos is called worldwide – the island where Saint John the Theologian was exiled to become a hermit and then to write in 95 AD the sacred book of Revelation, is one of the most important religious and atmospheric destinations, without lacking the cosmopolitan air of an Aegean island or the cultural tradition.

The multifarious indented coastline, ten times larger than the coastline of Greece in relation to its size, creates unique bays and beaches, some pebbly, others with sand or rocks and caves that make Patmos an ideal destination of peace, tranquility, mysticism and leisure, embracing with its aura every visitor.

The medieval town of Chora, with Kastromonastiro (castle-monastery) of St. John the Theologian, which dominates like a crown at its peak, the picturesque and labyrinthine alleys and mansions that surround the Monastery, and the unique architecture of the settlements, offer the visitors the unique opportunity to experience a world whilom and modern at the same time, a world that combines tranquility with the unpretentious cosmopolitan element and culture.

The Greek State, recognizing and accepting the specificity and thus the sacred side of this site, proclaimed Patmos in 1981 as “Holy Island” by law of the national parliament, while Unesco in 1999 placed the Chora(town) of Patmos, the Monastery of St. John the Theologian and the Cave of the Apocalypse in the World Heritage Monuments, noting once again the importance and unspoiled beauty and charm of this island over the centuries. Alongside, Patmos belongs to the network COESIMA, as one of the seven most important sites of pilgrimage in Europe.

The unspoiled beauty of Patmos throughout the centuries was the one that led Unesco in 1999 to proclaim the historical site comprising Chora (Patmos Town), the Monastery of Saint John the Theologian and the Cave of the Apocalypse as UNESCO World Heritage Monument.

Its inscription in the World Heritage List was justified according to three criteria:

All of the above and even more can be discovered by every visitor of Patmos and those are the elements that distinguish it and make it one of the most special destinations in the world.

Chora is the capital of the island with 541 residents and World Heritage Monument by UNESCO since 1999, it is located in the south central part of Patmos, 4 km. away from the port of Skala, and it is the second lagest settlement on the island.

Surrounded by the walls of the fortified Byzantine Monastery of Saint John the Theologian, Chora has kept to this day the architectural characteristics of the medieval village from which it derived: narrow, winding streets with a maximum width of 1.5 m., grand mansions and humble houses adjacent to each other, tall yard walls and flat roofs that create an overground road. Simple lines and dazzling white that hide well-made interiors and colorful, blooming courtyards.

The only port of the island, Skala, is the picturesque tourist center of the island: the point of arrival, but also the point of several excursions to all the beaches and sights of Patmos as well as of trips to the islets Arki and Marathi. It is also the largest and most populated settlement with 1,415 residents, and a place with all public services of Patmos, except for the Town Hall, which is located in Chora, shops, banks, and a wide variety of cafes, snack bars, restaurants, taverns, hotels and rooms to let.

It is in Skala where the heart of the nightlife of the island beats: bars and clubs with live music are open until dawn, proving that Skala combines everything, moreover because of the fact that in the northern part of the harbor, there is a marina for docking yachts and sailing boats.

The village of Kampos is situated in the northeastern part of the island, 9 km from Chora and 6 km from Skala and, as its name suggests (kampos means valley), is built on a fertile region. It has 633 permanent residents and it is essentially consisted of two small villages:

Epano Kampos, a Mediterranean village that expands in low hills where in the past the inhabitants of the country were building their homes, and Kato Kampos, built next to the bay bearing the same name. Epano Kampos is a traditional village with old and new houses, and a main square, in which the school and the Church of the Annunciation – dating back to 1937 and in which the miraculous picture is kept – are located. The settlement was inhabited in the late 11th century, when craftsmen of the Monastery lived there since they were not allowed to have their houses near the Monastery.

Kato Kampos is characterized by small, white houses, gardens, fruit trees, olive trees, pines and eucalyptus – and tamarix trees along the famous beach of Kampos, which has a small pier for boats and yachts in its east end. In Kato Kampos there is also a parking lot close to the beach, restaurants, beach bars, hotels and rooms to let.

Originating from a picturesque fishing village in the southeastern part of the island, Grikos (Old Cottage, the first farmhouse built in the region) has become a modern seaside village with rich tourist infrastructure. Built in the bay bearing the same namem in a small green valley, Grikos is the fourth most populous settlement of Patmos with 77 residents and it is situated 4.5 km from the port of Skala, to which it is connected with regular bus service from the paved coastal road.

The bay of Grikos, with its magnificent view towards the rock “Kalikaltsou” and the beach of Petra, is classified by the international organization «Most Beautiful Bays in the world» as one of the most beautiful bays in the world and part of the beach is organized offering restaurants with local cuisine and wonderful appetizers, rooms to let and up to five-star hotels. It also has a small marina for yachts and since the bay is protected from winds from Tragonisi, it offers the possibility of offshore anchoring.


Continue without signup with
You don't have an account? Signup & Continue